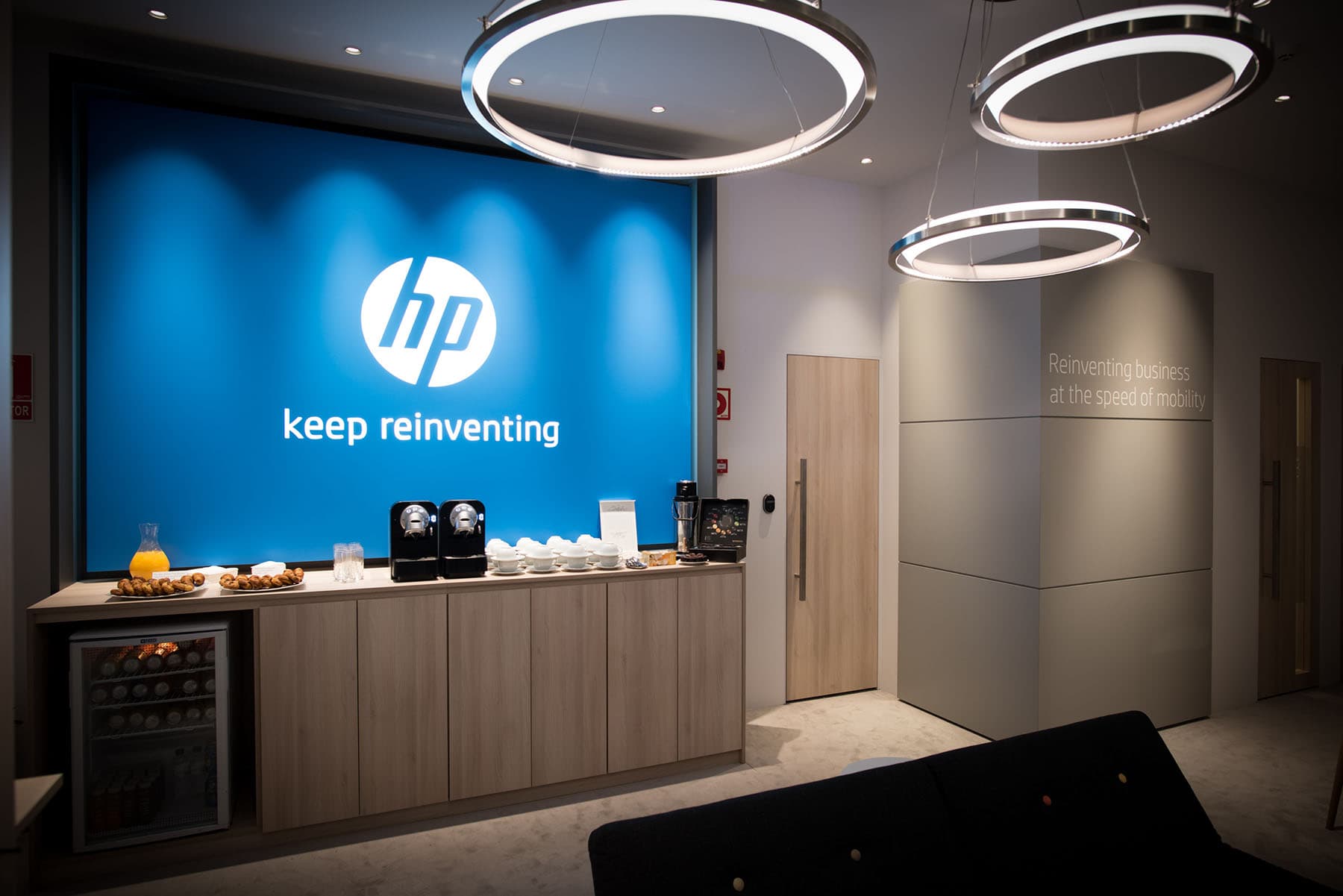 The stand had 5 bright light boxes in place.  It was therefore essential to illuminate background walls so that there was no harsh contrast.  Fully recessed linear wall washers offered the right light to the blue walls of the display vignettes.  The scalloping of light on these walls gives a subtle variance to the overall look of the stand.

Tying into this variance, LAPD lit other wall surfaces in the same way with wall-mounted spotlights on extended arms.

Completing the “front of house” package, bare Plumen 002 pendants clustered over the Executive Professional Mobile freestanding vignette.  Requested by the client, these attract attention to a core customer base.

The rear half of the stand incorporated a hospitality space, office, 4 meeting rooms, a small kitchen and a “tech room”, housing servers and control for the stand.

The inviting atmosphere set up by the front of house lighting continued into the hospitality space.  A trio of large LED pendants brought the ceiling height to a more intimate level.  Adjustable downlights focussed on to the coffee machine and credenza, while deep recessed downlights provided further ambient light to the hospitality area, kitchen and tech room.

The meeting rooms were a key consideration for the client and needed an even illumination to accommodate video presentations.  Concealed above a floating ceiling, the same linear wall washers cast ample uniform light on to the walls that reflected into the room.  A cluster of 12 Plumen 002 lamps completed the lighting package, supplementing the existing ambient light with bright, broad spread.


The Ivory Worldwide commissioned LAPD to provide a commercial lighting design to Hewlett Packard’s stand at the 2017 Mobile World Congress in Barcelona. The stand was compact and complex, with […]