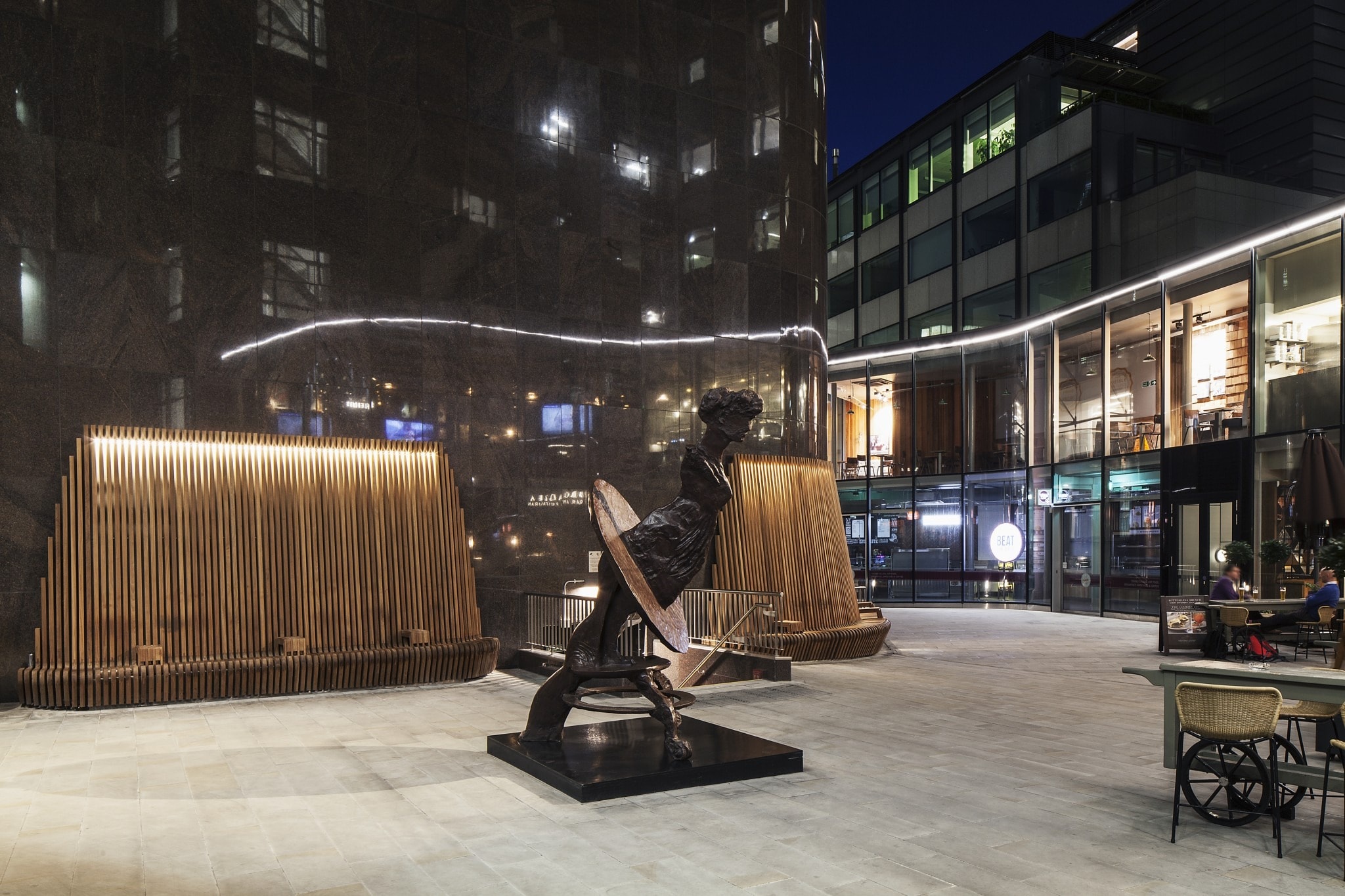 The approach from the Bishopsgate entrance was a little more subtle.  Spotlights at high level on the 15 Bishopsgate façade provided soft, warm light levels to the passageway with no glare and no visual clutter.  The spotlights used an elliptical beam distribution to ensure that there was no spill light on 15 Bishopsgate or the opposite building.  As a result all of the light from the luminaire went directly onto the walkway.

This warm light accompanied an illuminated feature bench in the distance, constructed from wood and wrapping around the base of Tower 42.  The bench used a mesh behind the wooden rib elements.  A detail in the top of the bench allowed the housing of linear LED luminaires.  These grazed light down the front of the mesh and between the wooden slats.  A warm white light complemented the warmth of the wooden material.  The end result was a feature bench that appears welcoming from a distance.

Illuminating the other side of Tower 42 required a quieter approach.  A mixture of elliptical and spot beams at high level illuminated pathways, open areas and a sculpture.  Existing staircase lighting recessed into the walls close to the treads produced unwanted levels of glare.  LED luminaires using significantly improved optics replaced the existing lighting.  The resulting soft, even spread created much less spill light upwards and therefore less glare.  Furthermore. these reduced energy consumption and the requirement for maintenance.


Working alongside RFK architects, LAPD lit a unique display of works from three masters of impressionism: Turner, Whistler and Monet.  It was a privilege to add this incredible exhibition at […]