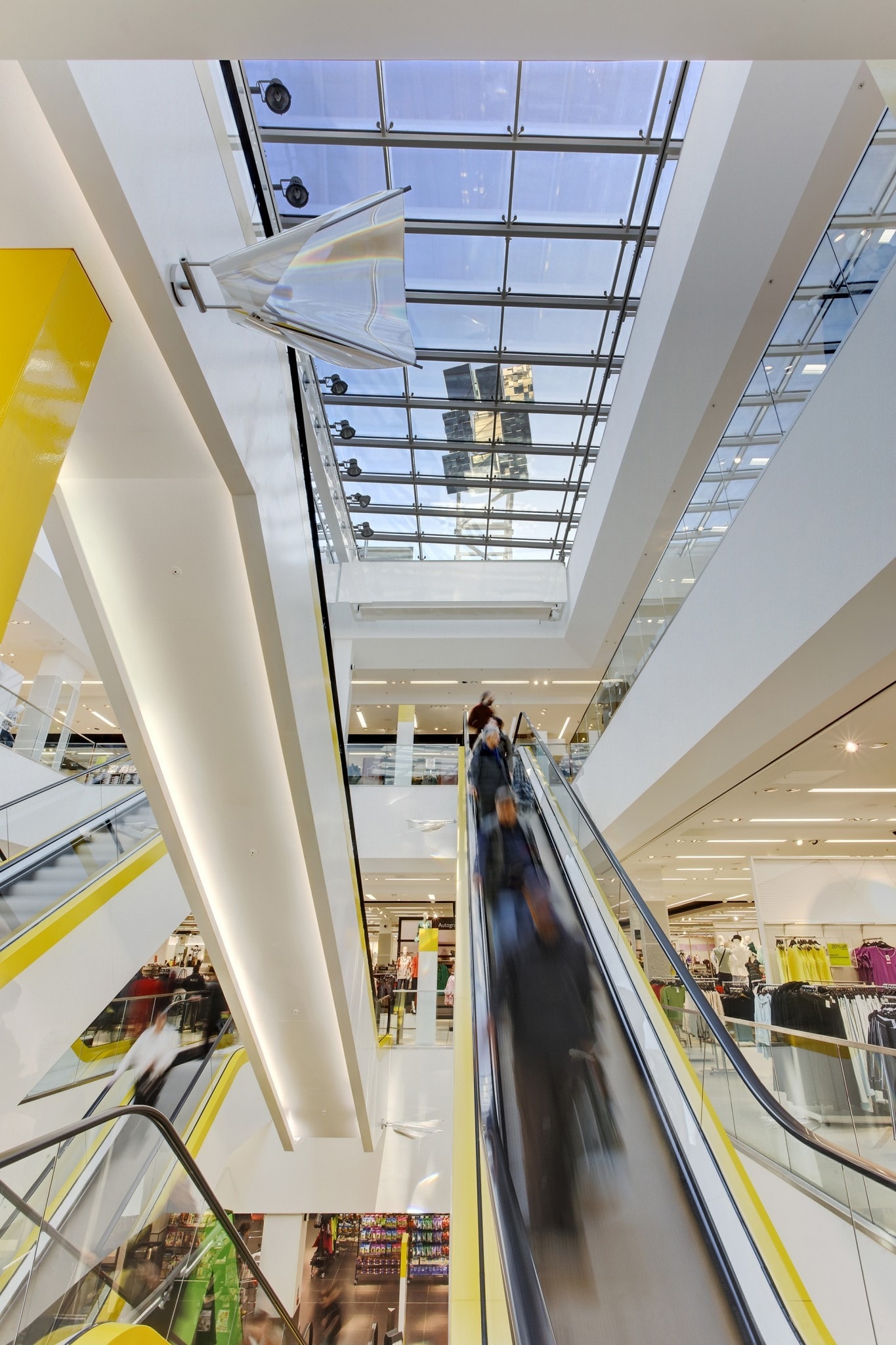 LAPD investigated various materials and experimented with forms.  In doing so, we established the best way to receive the direct beams of sunlight from the flat secondary mirrors.  So, reflection or refraction into colours within the atrium became a possibility.  The trialled materials also had to have UV stability.

LAPD’s chosen material was a thin film from 3M that reflected sunlight and rainbows in different directions.  The film was light weight and had a ‘shimmer’.  This effect was visible due to the motion occurring around the atrium space.

Designed by LAPD, the tertiary mirrors had to look beautiful with or without sunlight.  Although the location of the resulting rainbows and sunlight was dependent on the orientation of the film, in order for the elements to look intentional and architectural, LAPD opted to create static elements that were identical in each location.  The direction of the rainbows and peaks of light then became incidental, cast on to whatever surface they happened to hit first.

We designed the tertiary reflectors with a fixing hole on top of the frame.  The hole facilitates the replacement of the prismatic film after a fixed period of UV degradation.  We advised that this should take place every two years to keep the effect looking its best.  Maintenance employees use a pole, screwed into the hole, to pull the reflector up.  They then replace the film and secure it back in place.

The rainbow effects landed on the basement floor, the escalators and atrium white walls and were also projected into the general merchandising areas around the atrium.

The heliostat installation brought some life to the center of the store and added further visual interest to focal points around the atrium.

Ultimately there was sunlight in the basement on the shortest day of the year.


Robinson’s Brewery has been based in Stockport for almost two centuries and are certainly one of the oldest and most respected names in British brewing history.  When Urban Salon architects […]